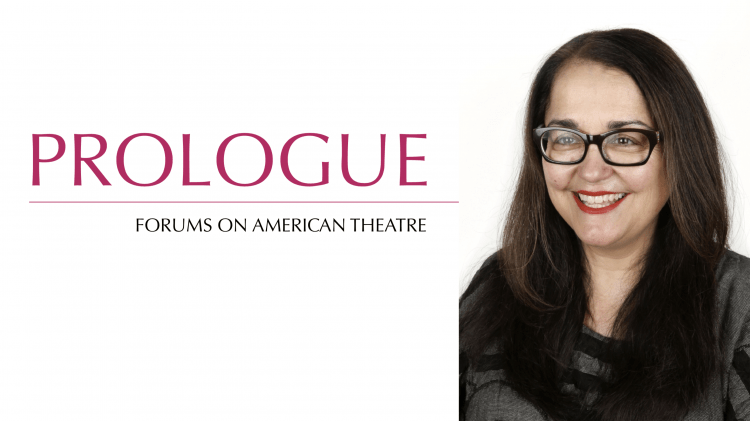 Laurie Woolery, a prominent New York City theatre director who works to connect art with the community it serves, will headline the next Prologue series discussion at 6 p.m., Oct. 21, in the beautiful Murray and Betty Ross Lobby in the Ent Center for the Arts.

A lobby performance of Shakespeare’s “Comedy of Errors,” part of a free traveling series of performances directed by Theatreworks’ Caitlin Lowans, will directly connect to Woolery’s efforts in New York. Woolery runs a program from the Public Theater called Public Works, founded by Lear deBessonet in 2003, that sees as its mission a need for communities to work with each other and to expand and deepen connections around art. She and her colleagues are taking the mission nationwide and versions of Public Works are popping up across the country.

Part of her discussion, moderated by Kevin Landis, associate professor and director of the academic theatre program at UCCS, will also be on what she sees as the future of the American theatre.

“Laurie has helmed some incredible productions in New York City, including its now famous Mobile Unit,” Landis said. “I am so excited to introduce her to our Colorado Springs theatre family, especially since we all see it as our mission, too, to connect communities around the arts.”

The Public’s Mobile Unit is a touring company of professional actors that goes into underserved New York City neighborhoods to present plays. With a founding with the plays of Shakespere, the unit has expanded its program with new commissioned works and Spanish-language plays to make the performances more accessible for the city’s population.

The Oct. 21 Prologue event is presented in partnership with Theatreworks and the Daniels Fund Ethics Initiative at UCCS. Tickets are free, but registration is encouraged through the UCCS Presents Box Office.

Prologue is sponsored by the Chancellor’s Office, Theatreworks, the Department of Visual and Performing Arts, and the College of Letters, Arts and Sciences. The series consists of theatre talks, performances and hands-on workshops with national theater leaders throughout the academic year. New for the 2019-20 year, Prologue expanded to accommodate interest in social and ethical issues in the arts, alongside spotlighting national leaders in theatre. The Public Theater spreads its community-based theatre model to Detroit, Dallas, and Seattle. A history of the 60-year-old initiative that brings theatre directly to the people.