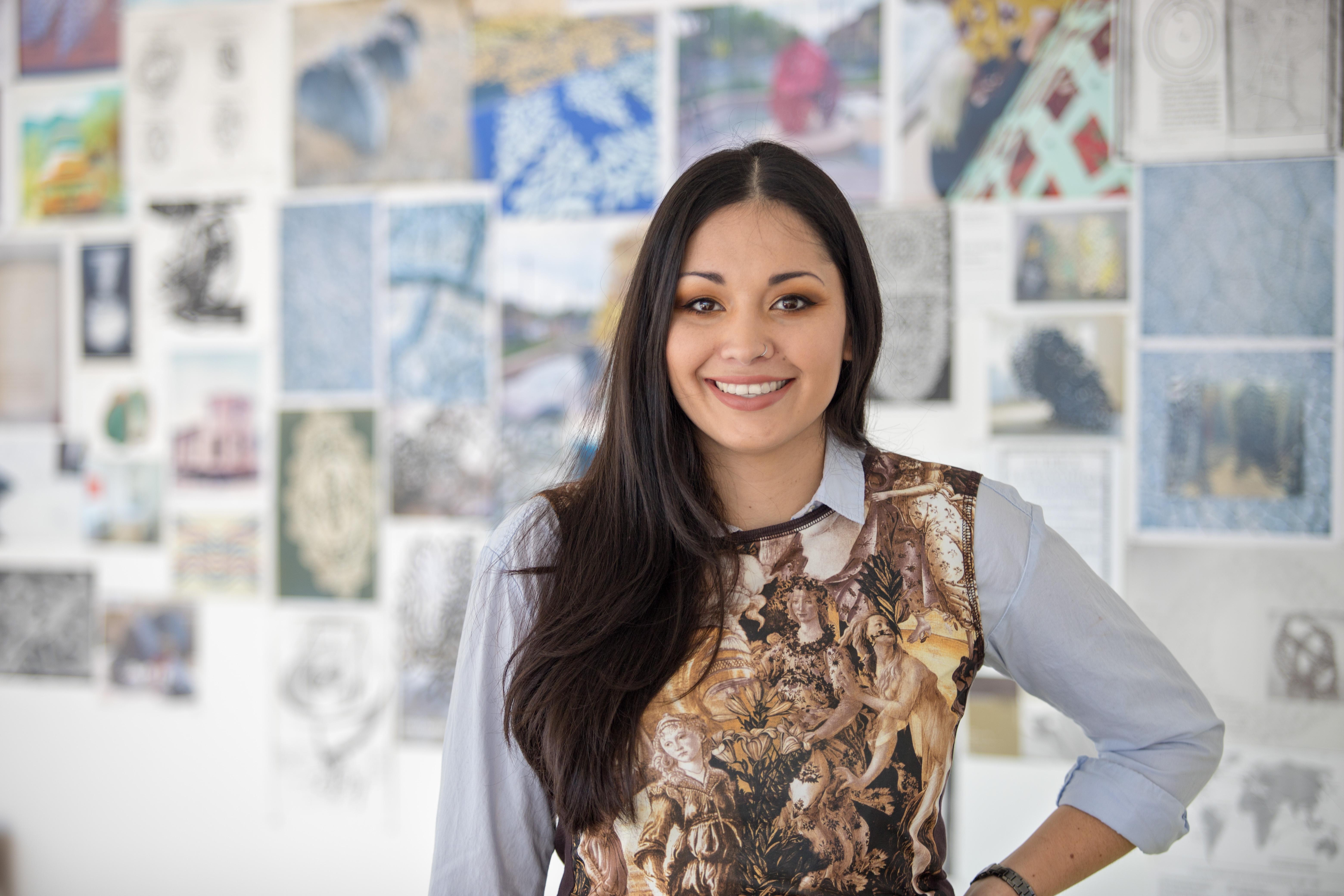 Many soon-to-be high school seniors worry about senior pictures and submitting college applications – but for Katherine Latona, her focus was on her move from Colombia to the United States and becoming the primary caretaker for her father.

Latona was raised by her parents in Bogota, Colombia, but after her father lost his job in 2005, he moved to New York. They had always planned on moving to the U.S. as a family, but her parents got divorced at the start of her senior year – the same time as the immigration process finalized – giving her only six months to move.

Her father was afraid for her to live in New York, so they moved to North Carolina and she was picked on lottery to enroll at the Durham School of the Arts.

“It was a huge blessing,” Latona said. “In Colombia there’s a deep appreciation for the arts, but it’s more of a thing you admire, not do. I think there’s value in defying expectations and stereotypes.”

Art became her source of healing.

“I was going through such a difficult process, I became my dad’s primary caretaker, so I was taking him to the hospital for procedures while still kind of raising myself and working – it was a huge change, but art made it so much easier in a way.”

After graduating from high school, Latona and her husband were stationed in Colorado Springs. She enrolled in the architect program at Pikes Peak Community College, but realized it wouldn’t transfer to a bachelor’s degree in the area.

“I had always been attracted to art and how it connects to human life experience and history,” Latona said. “I had learned about art history at Durham, so when I came across art history at PPCC with an option to transfer to UCCS, I thought maybe it was meant to be.”

Latona completed 60 credits at PPCC and a semester at UCCS when her husband decided he wanted to go to school in Orlando.

“I didn’t have a plan for Florida and missed UCCS,” Latona said.

“It all fell into place,” Latona said. “UCCS is just home.”

During her time at UCCS, she’s interned with the Colorado Springs Pioneer’s Museum, UCCS Gallery of Contemporary Art, worked at Goodwill and now the UCCS Undergraduate Research Journal. She’s also the art history representative for the Visual and Performing Arts chairs committee, a student-led committee that counsels the chair of the department. They launched the first VAPA arts festival last semester and will launch ‘Communitas’ next year. 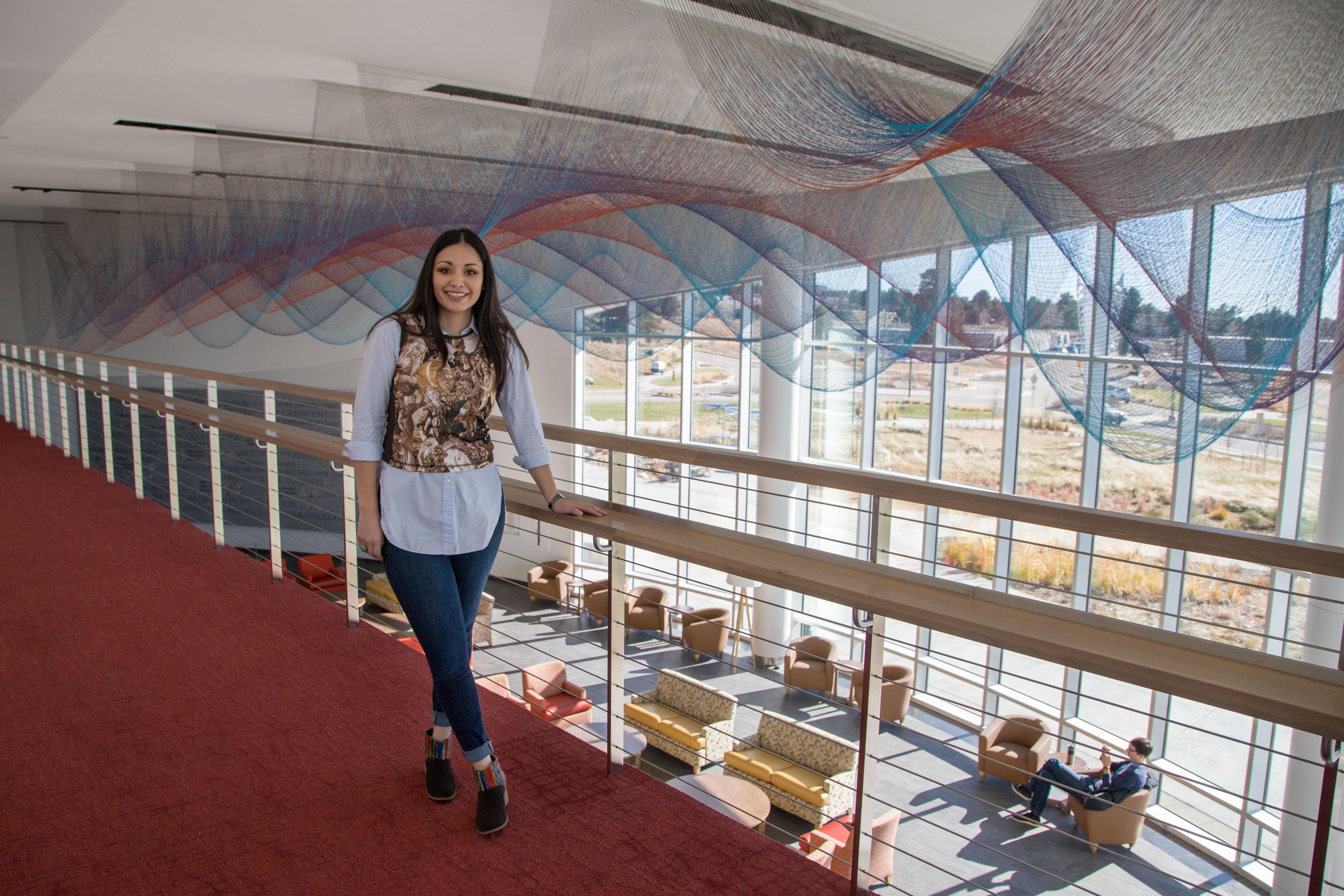 Latona hopes to become a professor one day.

Earlier this year, she traveled with her mentor, Lauren Kinnee, to Washington D.C. after winning a College of Letters, Arts, and Sciences grant as part of her senior thesis exploring monuments and how they affect national identity.

“I really got the sense for what independent research looks like in the real world,” Latona said. “I want to continue conducting research and finding out fascinating things that not many people know about then share that knowledge.”

Latona will graduate with highest honors Dec. 14 and plans to take time off before enrolling in masters and Ph.D. programs. 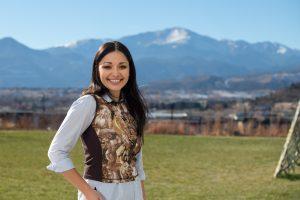 “I couldn’t imagine my time at UCCS without Reisher and KPWE – it’s such a strong support system and knowing that somebody else cares is huge,” Latona said. “A great part of it for me was the guest speakers. Hearing the Chancellor talk about how he went through his whole college career up to Ph.D. without paying anything, just relying on scholarships, is important to me because it shows it’s possible – if he did it then maybe I can do it too.”

Advice Latona hopes to give other students: 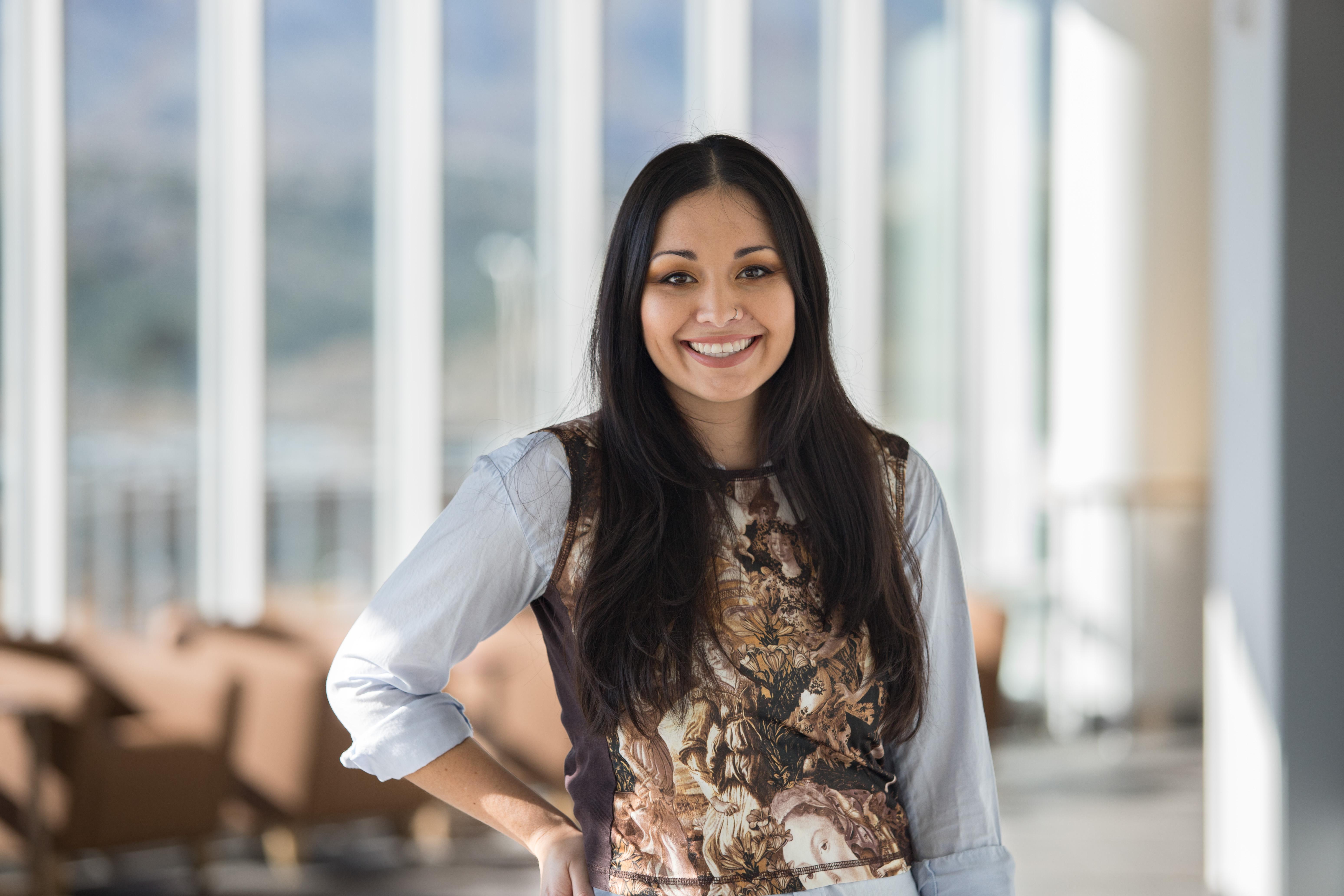