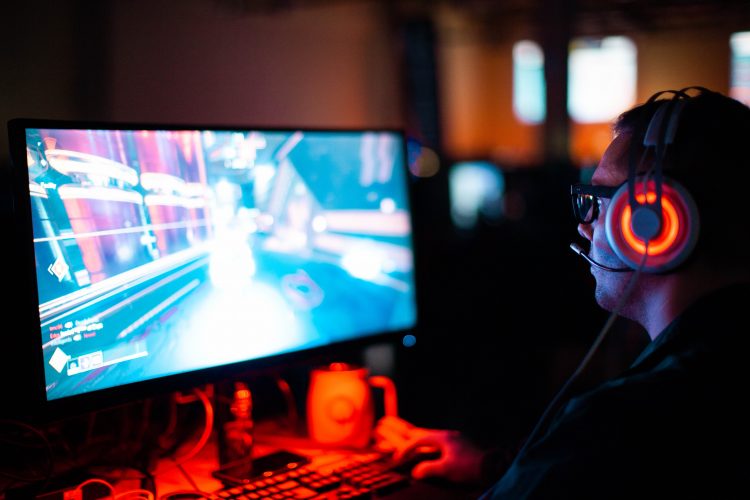 UCCS will host its first eSports tournament and summit, Climb to Glory, featuring keynote speakers and a panel on dynamics and challenges to the development of eSports Oct. 27 in Berger Hall.

The event happens 11 a.m. – 10 p.m. and is free and open to the public. UCCS eSports club will host the tournament and the UCCS Center for Critical Sport Studies will host the summit. 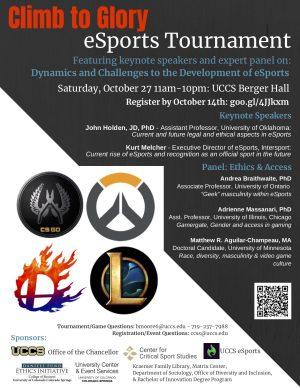 “eSports is quickly growing and becoming increasingly important across the world,” said Jeffrey Montez de Oca, director, Center for Critical Sport Studies; and associate professor, Department of Sociology. “Championship tournaments have had more viewership than the Super Bowl – plus there’s scholarships for players at some schools, clubs and teams across college campuses.”

Collegiate eSports teams will play in qualifying matches during the tournament, leading up to the championship. Teams will compete in:

The summit will feature two keynote speakers and a panel covering a variety of eSport topics.

The panel happens from 3 – 4 p.m. followed by a question and answer session and will be facilitated by Chris Bell, associate professor, Department of Communication.

“We’re going to have a great time and it should be a very interesting, fun and dynamic event between the tournament and summit,” Montez de Oca said.

Attendees can register here. Parking is free the day of the event.

2 Comments on UCCS to host free eSports tournament and summit