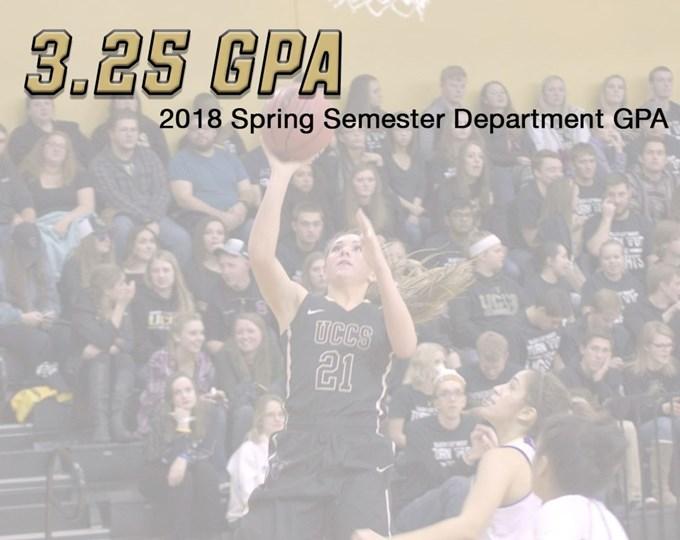 For the 28th straight semester, the UCCS athletic department earned a 3.00 grade point average or better. The Mountain Lions closed 2017-18 with a spring GPA of 3.25. Overall, the department recorded a 3.26 GPA for the academic year.

“I am extremely proud of our student-athletes as they continue to be exemplary in the classroom,” said Nathan Gibson, executive director, Athletics. “A core aspect of our athletic culture is maintaining a 3.0 department GPA and we all take this very seriously. It is not lost on me what an accomplishment it is to have 28 consecutive semesters where student athletes have accomplished the 3.0 GPA mark and, this year, achieved a 3.26 department GPA. This is outstanding work and something that we should all be very proud of.”

The Mountain Lions continued their success on the field of competition this semester. Both the women’s indoor track and field women’s golf programs won their first-ever conference championships, followed by the women’s golf team qualifying for the NCAA West Regional Tournament.