Mirai Nagasu will take a break from her courses in international business this semester to represent the United States in the ladies singles and team events for figure skating at the 2018 Winter Olympic Games in PyeongChang, South Korea. She is making her second appearance at the Olympics after a fourth-place finish in the 2010 games in Vancouver, British Columbia.

She will compete in the ladies free skate portion of the team event at 6 p.m. MST Feb. 11. It will be among the final series of events before medals are awarded later that evening. It will be broadcast live on NBC.

Nagasu qualified after a runner-up performance at the 2018 U.S. National Championships in San Jose, California. She was the 2008 national champion and 2007 national junior champion. Nagasu is one of two American women in history to land a triple Axel in international competition.

The event is free. Attendees are encouraged to RSVP here.

The panel will feature Sally Roberts, a two-time wrestling bronze medalist at the world championships and 2010 UCCS psychology graduate; In-Han Kim, assistant professor, Political Science; Jay Coakley, professor emeritus, Sociology; and Stephen Suh, assistant professor, Sociology and Women’s and Ethnic Studies. Topics include the changes to South Korea and the Olympic Games in the last 30 years, and the ramifications of hosting the games near the demilitarized zone with North Korea. 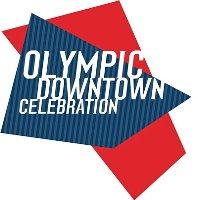 The UCCS ROTC Mountain Ranger Battalion will present the colors during the national anthem performance by Leslie Easterbrook, who sang the anthem at Super Bowl XVII. The presentation will lead to the lighting of the Olympic City USA cauldron by 1980 Olympic speedskater and five-time gold medalist Eric Heiden.

ROTC members will participate in activities leading up to the celebration with a “honk and wave” at University Village Colorado with Janet Suthers, the wife of Colorado Springs mayor John Suthers, and during the event with staffing at the warming stations. Clyde, the UCCS mountain lion mascot, will also be interacting with the crowds throughout the night.