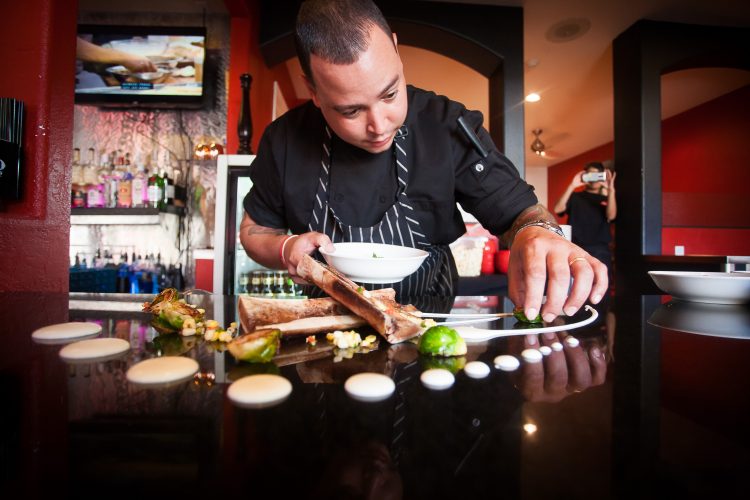 Brother Luck, the chef and owner of two Colorado Springs restaurants and a frequent competitor on reality cooking shows, will talk about his experience in the world of television cooking as the featured guest for a March 17 Prologue event. Kevin Landis, associate professor and director of the theatre and dance program, will host a guided conversation before the student production of “The Art of Dining” in the Dusty Loo Bon Vivant Theater at the Ent Center for the Arts.

Luck won the Food Network’s “Beat Bobby Flay” in 2016 with a southwest pork slider. He competed on “Chopped” in the episode “Beast Feast” and was a contestant on the last two seasons of Bravo’s “Top Chef.”

Luck is the chef and owner of Brother Luck Street Eats and Four by Brother Luck in Colorado Springs, and will open a new restaurant, Lucky Dumplings, in the spring. He has earned “Most Cutting Edge Restaurant” and “Best Local Chef” by the Colorado Springs Independent and The Gazette. He trained at both the Careers through Culinary Arts Program and at the Arts Institutes.

Prologue is sponsored by the Chancellor’s Office, Theatreworks, the Department of Visual and Performing Arts, and the College of Letters, Arts and Sciences. The series consists of theatre talks, performances and hands-on workshops with national theater leaders throughout the academic year.