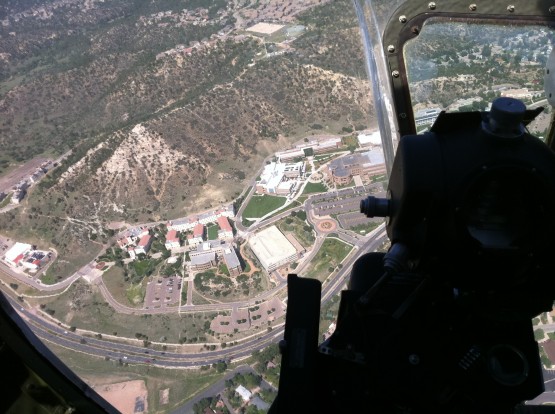 UCCS Mountain Lions supporter and local restaurateur Derek Cohn recently shared this view of the campus from the bombardier’s seat of a WWII-era Boeing B-17 Flying Fortress.

The B-17 was in Colorado Springs in May as part of the Liberty Foundation’s Salute to Veterans Tour.