Memorial services for Larry Lawrence, supervisor, Mail and Shipping Services, are scheduled for 1 p.m. July 9 at the Prairie Skipper Pavilion at Cheyenne Mountain State Park. Campus community members are invited to join with family and friends.

Larry died June 5 from complications following heart surgery. He began at UCCS in 2007 and was scheduled to retire June 30.

Notes of condolence can be sent to Holli Lawrence at 6453 S Dayton St., Englewood, CO, 80111, or http://www.monarchsociety.com/obituary/larry-lawrence

In a June 7 campus memo, Chancellor Venkat Reddy expressed sadness and offered counseling services through either the Wellness Center, 255-4444, or the Human Resources Office, 255-3372. 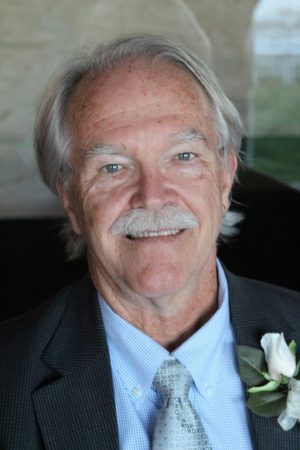 Larry Dale Lawrence
January 13, 1951 – June 05, 2017
Larry Lawrence was born on January 13, 1951 and raised in Winter Haven, Florida. He lived a very active lifestyle, spending his free time cycling, running, and hiking throughout his life. His greatest pride was his family. Family was the most important part of his life, and he spent time with his wife of 26 years and his children and their families whenever he could. As a first generation college graduate from the University of South Florida, education was also something he cherished. He carried that work ethic and tenacity into his career, retiring from the United States Postal Service after 30 years and then becoming the Head of Mail and Shipping Services at the University of Colorado, Colorado Springs. He thrived in a higher education environment because it supported his young-at heart-personality. Winter Haven was his hometown, but Colorado was his favorite place and he loved trying to convince everyone it was the best place on earth!

Knowing Larry, you knew that he loved his life and lived it to the fullest. Always eager to help in any situation, he was a dedicated friend and confidant. His death was unexpected and shocking to all who knew him. He is survived by his wife, Holli Lawrence, daughter Vanessa, son-in-law Ian, son Anthony, daughter-in-law Kelsey, grandson Gideon, and numerous family and friends.

Larry loved animals and spending time in Colorado’s mountains. In lieu of flowers, we are asking that donations be made to your local animal shelter or to www.14ers.org, a charity that maintains and conserves trails on Colorado’s 14,000 foot mountains.