The campus community celebrated the 20th anniversary of the naming of the UCCS Kraemer Family Library at a Nov. 2 reception honoring Sandy and Dorothy Kraemer.

Martin Garnar, dean, Kraemer Family Library, said he began working in libraries 20 years ago. Then, he said, his concerns included fixing jams in the dot-matrix printers, loading CD-ROMS into a tower for three computers and wondering if the new “web” version of the catalog would work.

Garner thanked the Kraemers for their support of the library and described its growth since 1996: 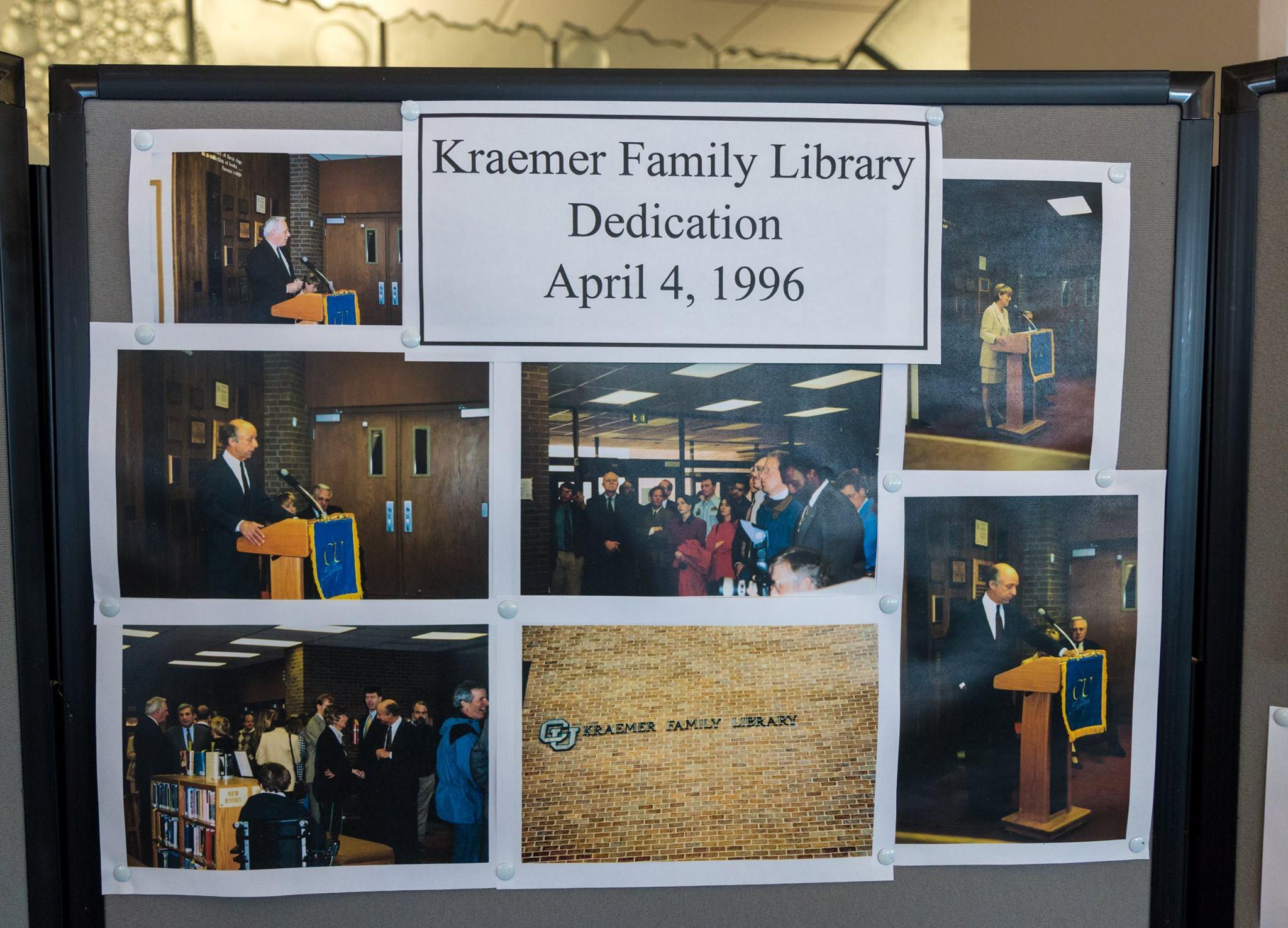