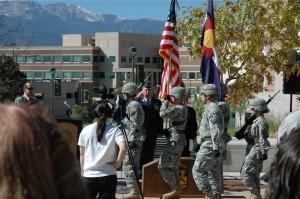 Air Force Colonel Russell Wilson accepted ownership of the twisted, rusty hunk of steel from Don Addy, president, National Homeland Defense Foundation. Eventually, the steel will be used in a monument to commemorate the attacks for placement at Cheyenne Mountain.

The ceremony on El Pomar Center Plaza officially launched an effort to design the monument by a four-person team of senior engineering students. The beam will remain at UCCS for study until mid-November. Chancellor Pam Shockley-Zalabak and Peter Gorder, associate professor, Engineering, called on members of the campus community to submit their ideas for the monument.

To see a previous story about the beam, visit https://communique.uccs.edu/?p=1804

Photos of Friday’s event appear below 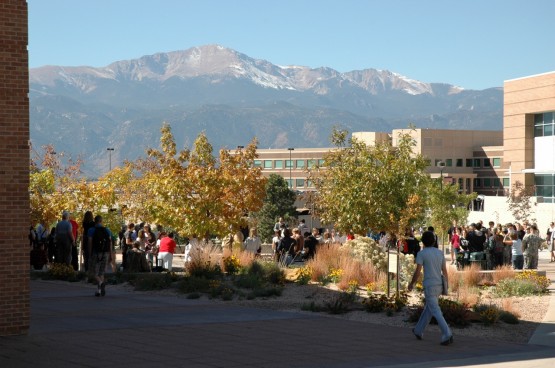 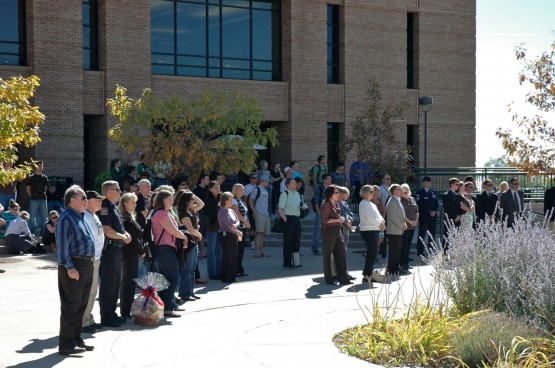 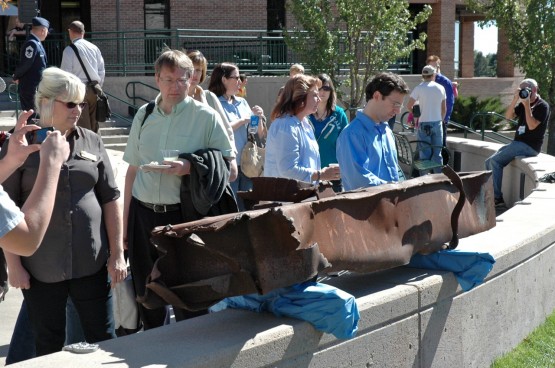