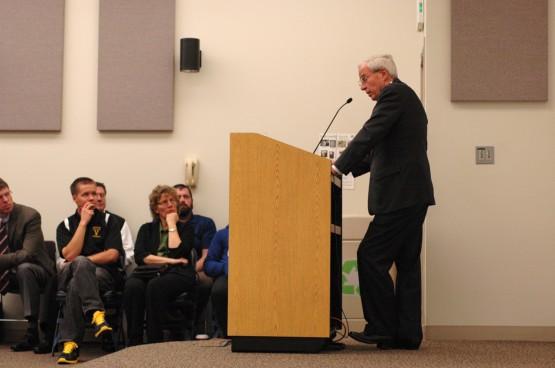 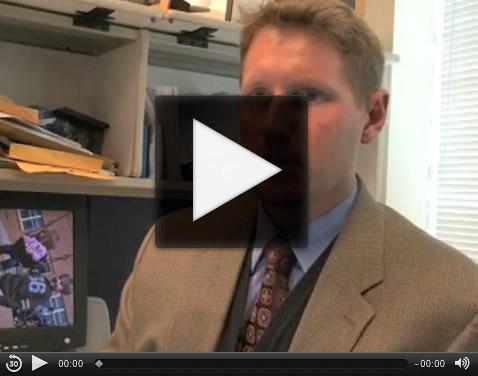 UCCS in the headlines from the end of October. This includes articles and stories from Voice of America, The Colorado Springs Independent, Lamar Daily, KRDO and more. KRDO mentioned UCCS in New Plan For Vineyard (More)

The UCCS Music Ensemble will perform for 15 minutes beginning at noon next Monday through Friday in the entrance of Kraemer Family Library. The ensemble, led by Jane Rigler, instructor, Visual and Performing Arts, hopes (More)

Lamar Community College and UCCS announced the beginning of a significant partnership between the two colleges during halftime of a scrimmage between the LCC and UCCS men’s basketball teams Wednesday night. In the announcement, Brian (More)

University Advancement’s Jeff Foster contrasts Main Hall as it appeared in the 1960s to today. 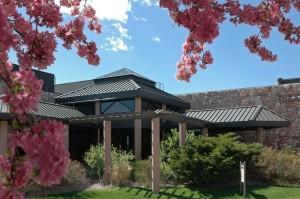 The end of a Beth-El College of Nursing and Health Sciences admissions process that spawned a 400-person, three-year wait list is within sight, college officials announced this week. Beth-El faculty and staff worked for more (More)

Several personnel changes within the Office of Financial Aid and Student Employment were recently announced by Robert Bode, director. They are: Mark Hoffman was promoted to associate director for client services. He will oversee financial (More) 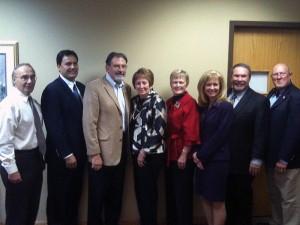 Fueled by a $750,000 Fund for the Improvement of Postsecondary Education grant from the U.S. Department of Education, a group of southern Colorado colleges and universities will work cooperatively to increase the number of southern (More)