The class of 2019 never licked a postage stamp, see Wi-Fi as an entitlement, and have always watched television in such high definition that the pores of actors and grimaces of quarterbacks were clearly visible. 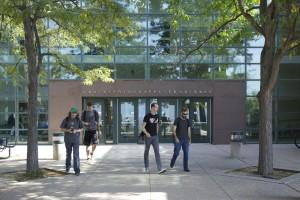 Those observations — and that Jacques Cousteau and Mother Teresa did not live in their lifetimes — highlight the 2019 Beloit College Mindset. The list is the brainchild of the college’s Ron Nief and Tom McBride and for years was shared with UCCS faculty and staff by Charlie Shub, professor emeritus, College of Engineering and Applied Science.

While no one expects Bob Dylan’s music to be reverberating off the walls in freshman residence halls, the list serves as reminder that the times, they are a-changing. The list’s pithy examples show the differences in experiences of the current generation from their predecessors, often fueled by time and technology.

“Hmmm,” Michele Companion, associate professor, Department of Sociology, and a Gateway Program Seminar instructor said after reviewing the list. “It’s sad to think that they grew up in a world without Jacques Cousteau. He had a profound impact on my life.”

Examples from this year’s list of observations about entering college students, many of whom were born in 1997, include

To see the complete list, as well as commonly used expressions that are baffling to parents, older friends and teachers, visit https://www.beloit.edu/mindset/2019/