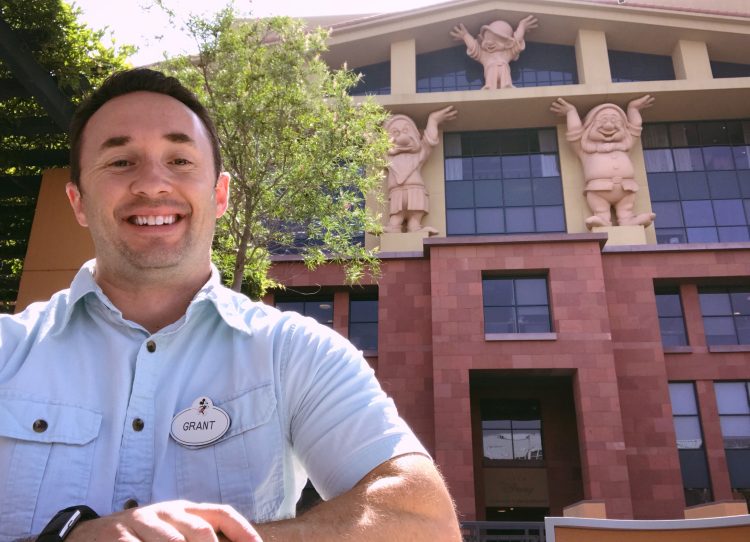 Despite having lived in two nations and multiple states by the time Grant Cahill and his family made his way to Colorado, something about the state and all it had to offer provided a draw.

By the time Grant graduated from Evergreen High School, he’d developed a love for space, having been captivated by the frontier during a visit to NASA facilities. That same fascination solidified UCCS as Grant’s next destination after learning about John Herrington, the first Native American to become an astronaut.

“I saw that John Herrington graduated from UCCS and went on to become an astronaut,” Grant said. “I knew I wanted to go down that path, and I appreciated UCCS and its space connections. Once I learned about him, that was it.”

With aerospace in mind, Grant enrolled in courses with a bachelor of science in computer engineering as his goal. But he couldn’t decide if he wanted to focus on software or hardware, so he turned to internships to decide.

“Internships are extremely important,” he said. “My internships showed me I was destined for the software side of the house. I had a greater passion for it.”

Through opportunities at UCCS, Grant interned with US Filter and the Walt Disney World College Internship Program. That latter altered his path.

“I had access to professionals while also taking college-level classes like business classes,” he said. “That program helped turn me into a well-rounded fellow.”

After graduating, Grant’s résumé landed him a call from Boeing, where he was hired as a software engineer in the missile defense program. Grant quickly moved up the software ranks. In 10 years with the company, he expanded into research and development, as well as the commercial side of company, working on the Boeing 777, 787, satellites and more.

“One big factor that helped to separate me at Boeing actually turned out to me the minor in match I received at UCCS,” Grant said. “Not only does it help your mind to approach problems in a logical fashion, it directly impacted my work with the Boeing Advanced Math group, where we were figuring out how to nestle parts in composite material to reduce cost, waste and save fuel.”

Grant related some of his experience in multidisciplinary teams back to his time working at the Kraemer Family Library, as well as other experiences at UCCS.

“Working at the library introduced me to students studying various disciplines. Through our time working together we were able to exchange ideas and share different approaches to problem solving,” Grant said.

Looking to expand his knowledge, Grant took advantage of Boeing’s college tuition program and returned to UCCS to earn his master of science in computer science. His graduate level work shifted focus during this time to his other love, animation.

“My thesis was merging two independent animation sequences, which was something I really enjoyed — trying to automate things and make them go faster,” Grant said. “Merging the sequences was really intriguing, and my math background came into play yet again.”

His innovation came in handy for animators, who have time-consuming work filling in animations between frames. It ultimately led Grant back to Disney, where he was a project lead.

Grant has worked on various projects at Walt Disney Studios, including building new technology for ABC News. He has also served as a software project manager for Imagineering, the creative force that designs and builds Disney’s theme parks, cruise ships and other attractions.

Grant is currently a manager of technology product development with the Disney Technology Innovation Group. Amid his success, he credits UCCS for helping boost his trajectory.

“Honestly what’s helped me in my career more than anything else is the education at UCCS was top-notch, and everything I learned there was applicable,” Grant said. “Because of the size of the campus, it felt like everybody was encouraging each other and competitive, not in a cut-throat but in a caring kind of way.”