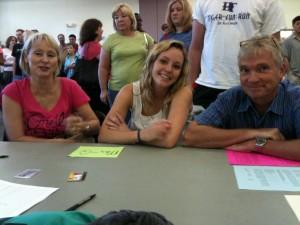 More than half of an anticipated 1,200-student UCCS freshman class had some high-level help when they moved to campus Aug. 17. Joining with resident assistants and other housing staff members were members of the campus (More)

A benefits counselor will be at UCCS five days during the fall semester to assist current and retired faculty and staff members. A counselor from Payroll and Benefits Services will be available from 9 a.m. (More) 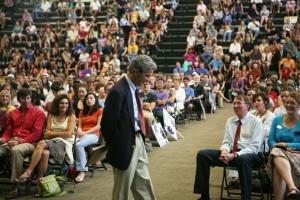 Gene Abrams shared insight gained from 29 years as a professor and nine years as a college student with UCCS freshmen Wednesday afternoon. “Let’s be clear about something,” Abrams said. “You’re not in high school (More)

Undergraduate engineering at the University of Colorado at Colorado Springs is among the best in the nation and the high-quality of all programs make UCCS among the best public universities in the Western United States, (More)

G.I. Jobs magazine named UCCS to its 2011 list of Military Friendly Schools, an honor given to the top 15 percent of colleges, universities and trade schools working to embrace America’s veterans as students.

The Colorado Springs Diversity Forum honored the Matrix Center for Advancement of Social Equity and Inclusion based at UCCS with its Inclusion Award Aug. 10. (More) 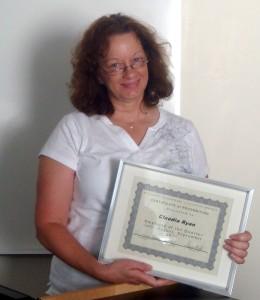 Claudia Ryan, operations manager, Public Safety, was recently named Employee of the Quarter in recognition of her professional and personal skills. “I’m honored and touched,” said Ryan, “This was totally unexpected.” Ryan noted she is (More)