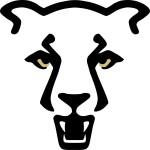 A total of 40 Mountain Lion student-athletes earned grade point averages in excess of 3.75 and places on either the Dean’s or President’s honor lists.

UCCS student-athletes have collectively posted a GPA greater than 3.00 for every semester since fall 2004. Thirteen student-athletes finished the semester with a perfect 4.0 for President’s List honors, and another 27 had a term GPA between 3.75 and 3.99 for a spot on the Dean’s List. Kim Catlett was the Rocky Mountain Athletic Conference Academic Player of the Year in volleyball and fall sports recorded five RMAC All-Academic First Team selections and another 26 RMAC Honor Roll awards.