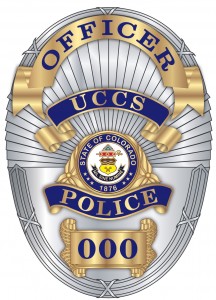 Following a Feb. 10 vote by the Colorado Springs City Council, the UCCS Police Department will further expand its jurisdiction and patrol zone off campus.

The council’s formal action was to adopt an updated Inter Governmental Agreement between UCCS and the Colorado Springs Police Department.

The new coverage extends the UCCS Police Department’s jurisdiction from Dublin to the north, to Fillmore to the south, Mark Dabling to the west, and Academy and Union to the east. For a detailed layout, see map below.

According to Brian McPike, chief of police, Department of Public Safety, the new areas increase the IGA area by approximately 40 percent and will allow the department to better serve the UCCS community.

“There are so many students now who live close to campus that are effected by different things like calls for service or even noise complaints,” McPike said. “We feel we’ll be able to offer our police services in a more direct and timely manner, instead of having CSPD respond, which would be more beneficial to our students.”

In July, McPike invited Pete Carey, police chief, Colorado Springs Police Department, and his command staff to campus for a tour and to showcase the growth of campus. He believes the agreement is a testament of the positive relationship and benefits all parties.

During the initial rollout phase, there will be a joint response from UCCSPD and CSPD officers to calls within the new area.

While the expansion will increase the exposure of the department, McPike says that campus security will always be its top priority.

“This won’t take away from our ability to serve the UCCS community, I won’t let that happen,” McPike said. “We’re still completely focused on servicing our university.”