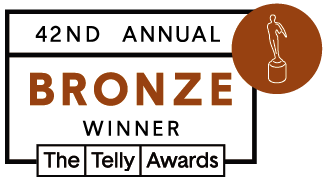 The show is written by communication students during the spring semester. Those scripts are then filmed during the fall semester and the footage is edited in another class the next spring as part of a year-long process. Theater and music composition students also have roles in production. Department of Communication Chair and Professor David Nelson serves as the executive producer.

“Having worked in Hollywood, I can attest that this is as ‘real world’ an experience as our Digital Filmmaking students can get,” Nelson said. “They work very hard on producing this series and deserve all the credit, along with the fine actors you see up on screen.”

The sixth season of “The Bluffs” combines elements of a Western with a Film Noir. The story revolves around a rumor that Butch Cassidy buried gold in Colorado Springs (the bluffs behind the current UCCS campus), in 1899. Two students each have half a map that could lead to the treasure. To watch, visit https://youtu.be/8ZIje4LFqsM.

The Telly Awards announcement caps a year-long celebration of creators defying the limitations by embracing platforms to increase awareness about injustices and promote solidarity for movements, as well as geographical, like developing fully remote pipelines for dispersed teams.

“In the face of a year like no other, creators have continued to defy the limitations of our new world, in continuing to create compelling and engaging work,” said Telly Awards Executive Director Sabrina Dridje. “This year’s submissions doubled down on what we already know about the industry. Creativity cannot be stopped. Collaboration will always prevail. New ideas and stories will always find a way to break through to an audience.”

The full list of the 42nd Annual Telly Awards winners can be found at www.tellyawards.com/winners.

About The Telly Awards