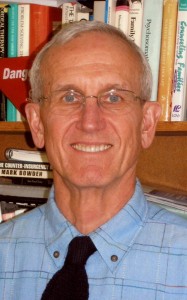 The chair of the Department of Counseling and Human Services at the University of Colorado at Colorado Springs and a retired U.S. Army colonel will be the interim dean of the university’s College of Education.

David Fenell, chair, Department of Counseling and Human Services, and a member of the faculty since 1984, will serve as dean beginning July 1 and continuing until June 30, 2011. His appointment was announced Tuesday by Peg Bacon, provost. A national search for the permanent dean will be conducted in 2010-11.

“David has provided outstanding leadership and service to the College of Education and the campus for many years,” Bacon said. “I appreciate his willingness to serve the college through this transition.”

Fenell replaces La Vonne Neal who recently accepted a position at the University of Northern Illinois.

Fenell teaches courses in individual, group and marriage, and family therapy. He is currently revising his family therapy textbook, “Counseling Families: An Introduction to Marriage and Family Therapy.” His most recent publications and national presentations focus on effective counseling interventions for combat veterans and their families. He developed and directs a one-year intensive master’s degree program taught primarily by College of Education faculty to prepare Air Force Officers to assume command of cadet squadrons at the United States Air Force Academy.

A behavioral sciences officer in the Army Reserve, Fenell was mobilized in Oct. 2001, serving as the deputy and later director of the Psychological Applications Directorate, U.S. Army Special Operations Command, Fort Bragg, N.C.. In 2002, he was deployed to Afghanistan and served as the command psychologist, Combined Joint Special Operations Task Force-Afghanistan. He returned to the UCCS faculty in 2003. He was mobilized in 2006 and served with 10th Special Forces Group (Airborne), Fort  Carson, as command psychologist , Combined Joint Special Operations Task Force-Arabian Peninsula in Iraq. He was awarded the Bronze Star medal for each of his combat tours. Fenell returned to the university and retired from the Army in Jan.2007.