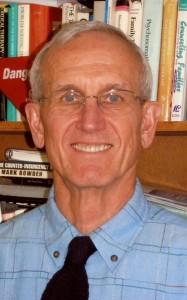 The chair of the Department of Counseling and Human Services at the University of Colorado at Colorado Springs and a retired U.S. Army colonel will be the interim dean of the university’s College of Education. (More)

Jane Stanbrough passed away March 9, 2010. She is survived by her partner of 44 years, Alice Cox, and her sister, Jo Stanbrough. A long time English professor, Jane taught at Thomas Jefferson and South (More)

Beate Hunt, resident board manager, the Lodge, died Feb. 20 from cancer. She worked at the Lodge for 10 years. She is survived by her husband, Steve, a son, Tony, and a daughter, Jennifer, a UCCS student. Funeral services were Feb. 25 and were followed by a reception in the Upper Lodge. (More)

The Human Resources Office recently provided the names of three new faculty and staff members who joined the UCCS community in February. (More)