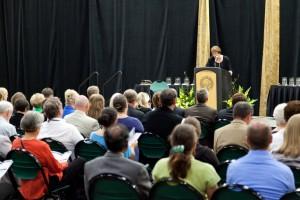 A “Star Wars” tribute, a human skull and Provost Peg Bacon at a loss for words were among surprises that greeted the audience at the 2012 UCCS Campus Awards Ceremony in Berger Hall.

Chancellor Pam Shockley-Zalabak promised surprises when she welcomed more than 150 guests to the festivities in Berger Hall. The audience laughed and applauded the unexpected delights at the May 2 event that recognized faculty, staff and students for outstanding contributions and service to the campus community.

In honor of Bacon’s upcoming retirement, Shockley-Zalabak introduced the Visual and Performing Arts Vocal Ensemble, who gave an a cappella offering of “Star Wars” dialogue, characters and references to the tune of the familiar “Star Wars” theme. Peg Bacon joined UCCS faculty in 1978, the same year the “Star Wars” phenomenon took off. While not many people made the connection, the audience cheered the group’s performance. 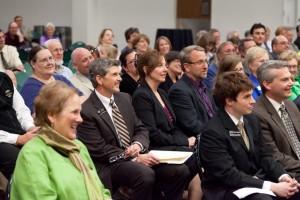 Although Bacon is known and highly respected for being prepared and speaking with great skill, she was clearly flustered when Shockley-Zalabak gave her the Special Chancellor’s Award.

“It’s easier to give awards than to receive them,” she said, when she later presented the Outstanding Instructor Award to Janet Myers, senior instructor, Department of History.

A reception with food, beverages and music followed the ceremony. 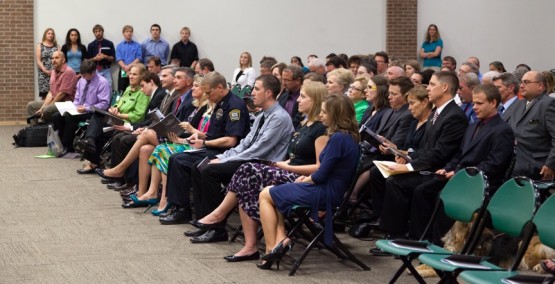 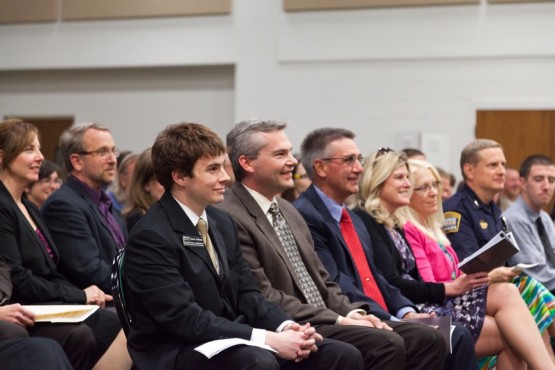