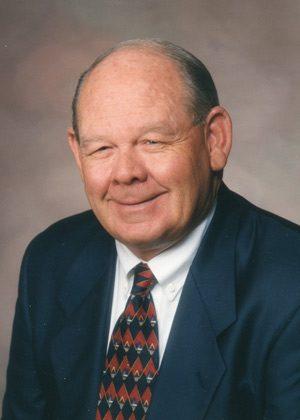 Colorado Springs may have been founded by entrepreneur General William Palmer, but it’s not commonly thought of as an entrepreneurial city. Now, with the inauguration of the UCCS College of Business Lifetime Entrepreneurship Award, more people might realize the breadth and depth of the entrepreneurial spirit that exists here.

On April 21 at an awards luncheon at The Club at Flying Horse, the college will honor Gary Loo, president and chief executive officer, High Valley Land Company and Chairman, High Valley Group. Loo is probably better known, though, in his former role as President of Current, Inc.

Following graduation from the University of Northern Colorado in 1964, Loo joined the family business, Looart Press, Inc. He was elected vice president in 1967. Looart was merged with Current, Inc., another family business, and he was named president in 1976. Current, Inc. the primary subsidiary of Looart Press, designs, manufactures and distributes directly to the consumer a complete line of greeting cards, stationery, gift wrap and related products. In 1986 Looart/Current were sold to Primerica and Loo became president of High Valley Group, Inc. a private investment company. In 2003, Loo was named Chairman for High Valley Group, Inc.

Loo has served on numerous city and county task forces including the City of Colorado Springs Long Range Planning and the Emergency Housing Task Forces. He has a long-standing commitment and involvement with community affairs, particularly service related agencies. The Loo family was inducted into the Colorado Business Hall of Fame in February 2009.

“Gary Loo exemplifies the type of entrepreneur we want to recognize,” said Venkat Reddy, dean, College of Business. “His commitment to his dream and to our community makes him an ideal role model for our students and other budding entrepreneurs.”

The award luncheon is a fundraising event to support the UCCS College of Business Alumni Association, and the work it does to support more than 7,000 alumni, student, college, and community connections. Founding sponsors of the award luncheon are American National Bank, Flying Horse Foundation, Nunn construction, Penrose-St. Francis Health Services, and Stockman Kast Ryan + Co., and the UCCS College of Business.

Keynote speaker, Jerry McMorris, is no newcomer to entrepreneurial ventures, either. McMorris, a 1962 University of Colorado alumnus, jumped into entrepreneurship as a sophomore in college when he purchased a small trucking company, which he built into one of the largest trucking companies in North America, NW Transport Services.  Jerry has also had a hand in land development, and a large windmill farm in Wyoming.  He’s most famous, however, for leading an ownership group that brought the Colorado Rockies expansion team to Denver.

The College of Business enrolls 1,100 undergraduates and 450 MBA and Distance MBA students. It graduates more than 350 students each year with about half remaining in the Colorado Springs area. The college is accredited by the Association to Advance Collegiate Schools of Business International, an organization that accredits less than 15 percent of business schools worldwide.