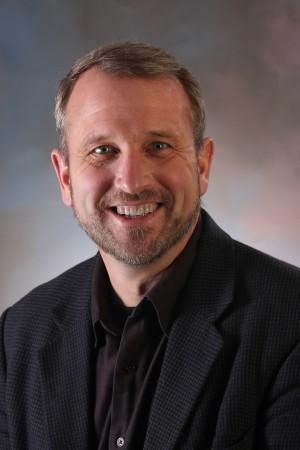 The connection between religion and politics in the United States is not new but has evolved dramatically over the past 200 years, Paul Harvey, professor, History, told the members of the University Club this week.

The struggle to balance religion and politics is a constant in U.S. politics, dating to the writing of the secular Constitution in 1789, which was followed by the evangelical explosion of the so-called 2nd Great Awakening. Since then, it has been a salient issues in many Presidential races, including historic elections of 1800, 1928 and 1960.

Harvey, recently named a presidential teaching scholar and winner of the 2008 Outstanding Teaching Award, contrasted religion and politics in presidential elections in a far-ranging 20 minute presentation.

“One of the things I like to do in a class on American religious history is to read a series of quotes from presidential candidates — without identifying them — and ask if ‘you would vote for them’,” Harvey said. “Generally, no one would. At the end of the exercise, I tell them what they just did was to vote against the country’s founding fathers.”

From a secular Constitution, the U.S. now has a “defacto” religious test for political candidates and a profound intermingling of religion and politics, Harvey said. He contrasted comments by John Kennedy in the 1960 election where he attempted to assuage southern ministers by separating his faith and politics and comments by 2008 Presidential candidate Mit Romney.

“What was fascinating about that (Romney’s) speech, though, is that it was compared to Kennedy, but it was precisely the opposite of what Kennedy said,” Harvey told the group. “Kennedy’s speech was about the separation of religion and politics, the historic Jeffersonian position. Romney’s was about how faith must influence politics, more or less the historic Federalist position.”