An entrepreneur who studied at UCCS when the campus was located in a fraternity house on the Colorado College campus was honored this week for his lifetime contributions to business in the community. 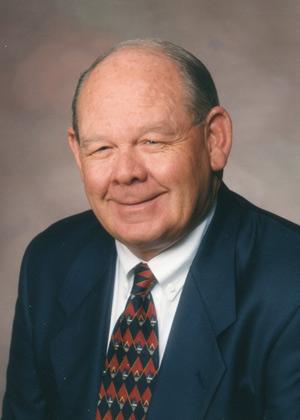 Gary Loo, president and CEO, High Valley Land Company, and chairman of the High Valley Group, received the first Lifetime Entrepreneurship Award from the College of Business. Loo previously served as president of Current, Inc., a business started in his parents’ home in the 1950s.

In accepting the award, Loo humbly thanked the members of the College of Business faculty who consulted with Current over the years and taught many Current employees who helped him run the company.

“We had a lot of help from people like Dan Couger, Chuck Hinkle and Bob Knapp,” Loo said. “I am appreciative of them and for this honor.”

Loo talked briefly about growing up in a culture of entrepreneurship as his parents began small businesses in their home and his brief enrollment at CU extension courses taught on the Colorado College campus, the roots of UCCS. He later graduated from the University of Northern Colorado and joined the family businesses, Looart and Current. Those companies merged to become a force in the mail order delivery of greeting cards, stationery, gift wrap and related products. The company sold in 1986.

Venkat Reddy, dean, appreciated the example Loo set for UCCS College of Business students. “Individuals like Gary Loo are not only a true inspiration to budding entrepreneurs but also have a tremendous impact on our students as they venture into the business world.”

“You’ve had the best example of entrepreneurship there is for a lot of years in Colorado Springs,” McMorris said. “The Loo family.”

McMorris, the keynote speaker for the event, went on to summarize his own business success which began as a CU Boulder student when he purchased a trucking company for $7,500. Tracing the progress from three trucks to 13,000, McMorris cited some expected qualities of entrepreneurship including a high energy level and a stomach for risk-taking. Others were a surprise including an admonition to be optimistic.

“Don’t get buried with the negative,” McMorris said. “That will come soon enough.”

He also encouraged the audience to “surround yourself with the best possible people,” advice initially directed at hiring legal and finance experts but later extending to life partners. He credited his wife, Mary, for much of his success.

“She devoted her life to me and to our children,” McMorris said. “What more could I ask.”

About 150 business, education, and community leaders attended the sold-out award luncheon at The Club at Flying Horse. They gave Loo a standing ovation in appreciation for his years of leadership in business and philanthropy.