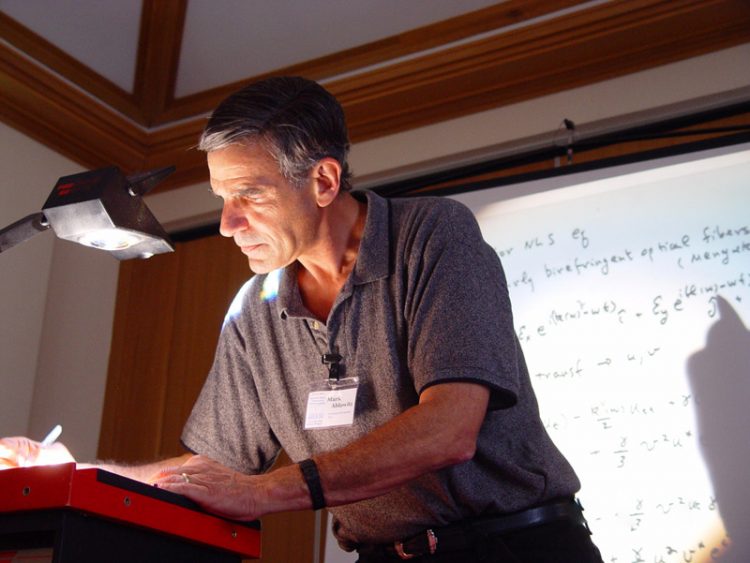 An explanation of the waves we see in everything from a California beach to medical lasers will be shared Oct. 8 as part of the First Annual Distinguished Math Lecture.

Mark Ablowitz, professor of applied mathematics, University of Colorado at Boulder, will speak beginning at 12:30 p.m. on the third floor of the Kraemer Family Library in a general interest lecture called “Extraordinary Waves: from Beaches to Lasers.” He will explain the history of solitary waves which were first documented 175 years ago and how mathematics played a role in their development. Now, wave applications range from predicting natural ocean waves to long-distance communication, medical lasers and Bose-Einstein condensation.

“The discussion will be general and fun,” Greg Morrow, professor, Mathematics, said. “It will leave all equations behind.”

Ablowitz is considered an applied mathematics pioneer and he is frequently cited in scholarly publications. He is best known for his work in inverse scattering transform, a method used to solve non-linear wave equations. This method is used by mathematicians and physicists to better understand phenomena such as water waves. A member of the CU-Boulder faculty since 1989, Ablowitz was a mentor to several UCCS math faculty members, Morrow said.

“I encourage students, no matter what their major, to participate,” Morrow said. “Professor Ablowitz is a renowned mathematician but is also well known for his ability to capture the attention of audiences of varied interests.”

Refreshments will be served beginning at noon. The lecture is free of charge. For more information, contact Morrow, 255-3184 or [email protected].