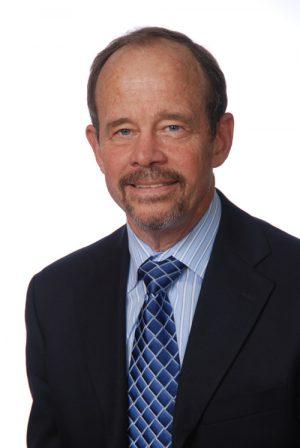 Those awarded the distinguished professor title, as deemed by their peers, have demonstrated outstanding performance in classroom teaching, research and service to the university and its affiliate institutions.

After reviewing recommendations from colleagues and deans, a committee of distinguished professors recommended the trio to CU President Bruce D. Benson, who will send their names to the CU Board of Regents for confirmation at the regents’ November meeting. The regents plan to recognize two nominees at Anschutz Medical Campus during a November meeting and one at UCCS during a February meeting.

“Our university is fortunate to have faculty members who are not only world-class researchers, but dedicated teachers and committed, caring members of the CU family,” Benson said in announcing the nominees. “Their professional achievements reflect well on the entire university.”

Klingner has taught at UCCS and two other universities for more than 35 year and is an internationally renowned expert on human resources management in the public sector. He is recognized across CU “as a leader in research, classroom teaching and professional service,” said UCCS Chancellor Pamela Shockley-Zalabak in a letter supporting the professor’s nomination.

Terry Schwartz, associate dean, School of Public Affairs at UCCS, nominated Klingner, saying his designation as a distinguished professor “would bring honor to the man and the university.” Klingner has had a distinguished career that includes his experiences as a Fulbright Senior Scholar in Central America, a visiting professorship at UNAM, Mexico’s National Autonomous University, and numerous collaborations with the United Nations, the World Bank and the Interamerican Development Bank in the realm of public management capacity building.

Klingner recently completed a one-year term as president of the American Society for Public Administration, the oldest and most prestigious professional association in his field. An elected Fellow of the National Academy of Public Administration, he is the author of more than 100 articles in refereed scholarly journals, book chapters, and 12 books, including “Public Personnel Management,” published in 1980 and still a best-seller in its sixth edition. The book is available in Spanish and Chinese.

In addition to his scholarly work, Klingner co-edits “Comparative Technology Transfer and Society,” published by The Johns Hopkins Press, and he teaches a variety of core courses in the public affairs master’s program, where his students have lauded his ability to make his subject matter engaging.

“The School of Public Affairs gives students the tools they need to help improve the community,” Klingner said. “I’m fortunate to be able to work with students and colleagues around the world in support of good government and public service values.”

Klingner will present “An Insider’s View of Public Administration and Public Service: The National Scene” from 5 – 7 p.m. Nov. 10 at Dwire Hall. To attend, contact Cheri Lee, clee6@uccs.edu or call 255-4993.

Arend’s career spans 40 years of clinical work, teaching, service to the university and his profession, and biomedical research funded by the National Institutes of Health and several foundations. He is internationally known for his discovery of the IL-1 receptor antagonist protein, or IL-1Ra, which has led to treatments for patients with rheumatoid arthritis and other autoimmune diseases.

Among other accolades, Arend’s colleagues said he has kept a personal mentoring relationship with his research team, and has been deeply committed to the education of students, residents, faculty, postdoctoral fellows, research lab assistants, and physicians throughout his entire career.

In a letter supporting Arend’s nomination, Richard D. Krugman, vice chancellor for health affairs and dean of the School of Medicine, said, “Dr. Arend has had an extraordinary career and is very deserving of this honor,”

CU holds the patent on the IL-1Ra gene and protein, which was licensed exclusively to biotechnology company Amgen for production and marketing. A recombinant form of IL-1Ra, produced by genetic engineering and nearly identical to the natural human protein, is available as Kineret, a commercial drug with worldwide sales exceeding $500 million since 2001. At Arend’s request, the drug’s royalties to his laboratory and the School of Medicine’s Department of Medicine were committed to funding the endowed chair in rheumatology that bears his name.

Cambier is the Ida and Cecil Green professor and chair in the School of Medicine’s Integrated Department of Immunology. His work has focused for 20 years on B cell immunology. B cells, essential to good health, create antibodies, and are linked to vaccines developed for humans and domestic animals. When they go awry, they can cause illness through antibodies that attack their hosts.
In 1988, Cambier was one of the first to discover the proteins that send signals to the inside of B cells to inform them of outside antigens. The discovery of these signaling proteins has enabled immunologists to understand the biology behind B cells and how they detect antigens, substances that cause the creation of antibodies and a subsequent immune response in the body.

“It is very important that we understand the behavior of B cells, thus allowing us to manipulate them to improve the efficacy of vaccines and decrease the severity of autoimmune diseases,” said National Jewish Medical researcher Philippa Marrack,. in a nomination support letter. “Dr. Cambier’s work has substantially contributed to our ability to do both these things.”

In addition to his scientific research, Cambier is credited with training many doctoral students and postdoctoral fellows. He has been the only chair of the School of Medicine’s immunology department, and has guided it since its inception “with wisdom and care,” Marrack said.