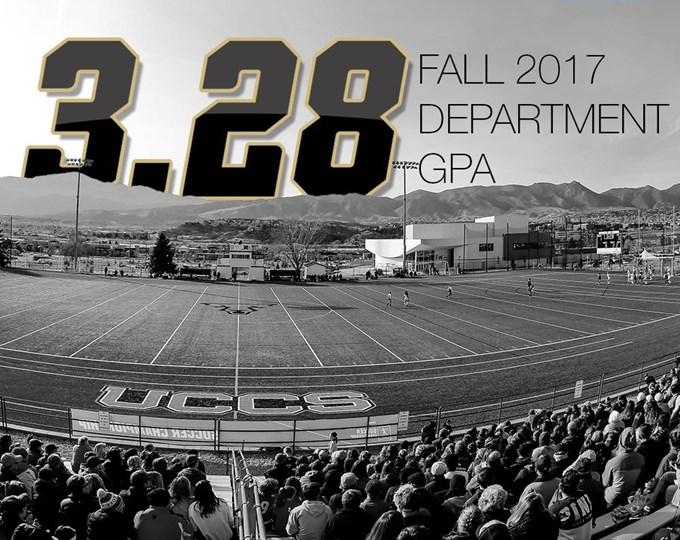 UCCS student-athletes earned a departmental 3.28 grade point average in the fall 2017 semester and extended the Mountain Lions’ streak with a GPA greater than 3.0 to 27 semesters. The streak dates back to fall 2004.

Each of the 16 teams finished the term greater than a 3.0, led by a 3.62 from women’s basketball. Women’s cross country and volleyball each posted greater than a 3.50. The men’s teams were led by golf’s 3.49.

More than 30 percent of student-athletes earned academic honors during the semester. Forty-three finished with a perfect 4.0 semester for a spot on the Presidential List while 51 earned between a 3.75 and 3.99 for Dean’s List honors.