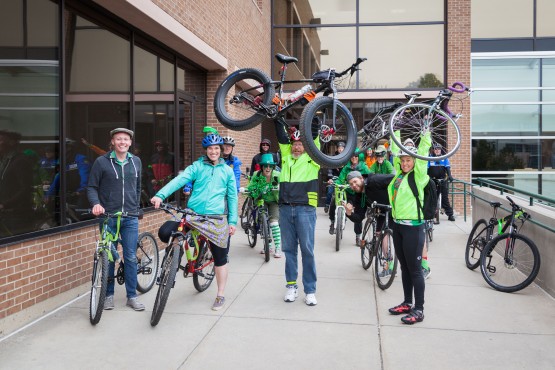 “It was intended to be a kickoff to the spring,” according to Andrea Hassler, trails specialist, Campus Recreation, said. “Even though the weather turned south, the riders still came out and had a great time.”

The event  was followed by a baked potato lunch, prizes for the rider dressed in the most green, and a raffle for an Ireland jersey.

The next large group ride event will be April 22. Called the Beat the Hill friendly bike race, races will start every half hour from 7 a.m.– 9:30 a.m. at the Four Diamonds shuttle stop. Riders will race to the mountain lion statue in the lower plaza. An awards ceremony is scheduled at 10:30 a.m. and will include special prizes for fastest times and best individual and group costumes. Every rider will receive a free t-shirt, breakfast, and prize. Bikes are available for those wishing to participate who do not own one. The race will be followed by an Earth Day Celebration in the Upper Plaza. 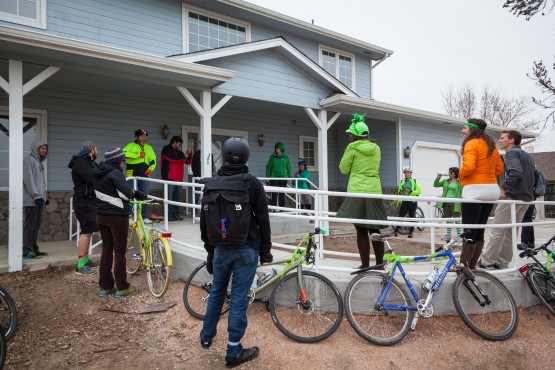 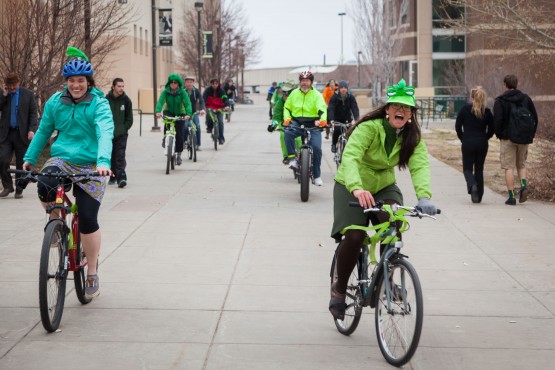 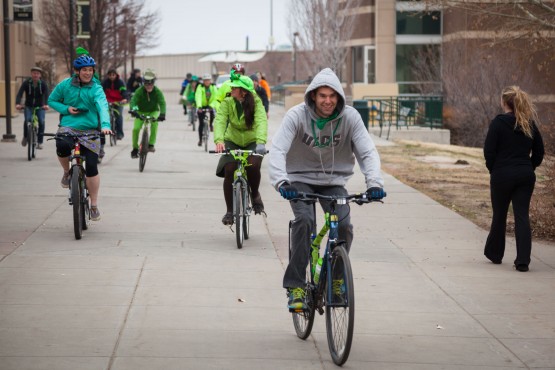 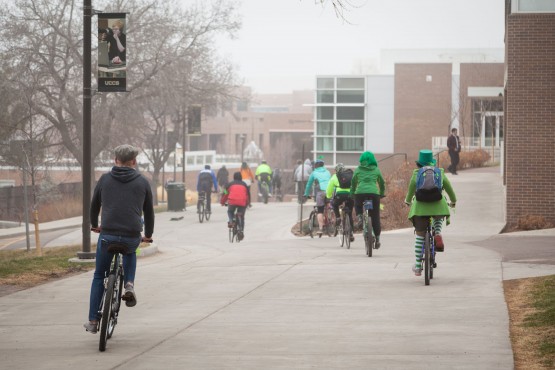 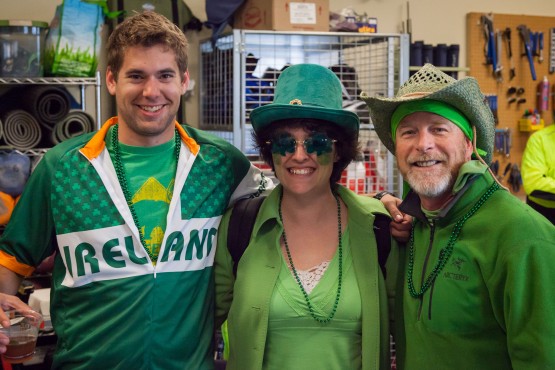