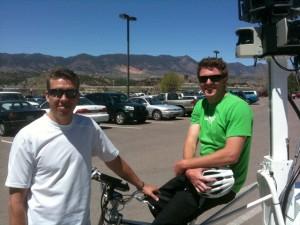 A professional triker from Google spent Tuesday riding the campus on a three-wheeled cycle carrying 250 pounds of sophisticated camera equipment to capture street-level images for the Street View feature of Google maps. We expect the images to be available later this year. (More)

Several UCCS classified staff members recently got to punch and kick Steve Linhart. Linhart, director, Emergency Management and Judicial Affairs, was conducting a self-defense demonstration with the group, and suffered no injuries in his quest (More) 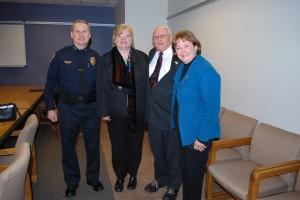 Colorado peace officers will be able to build on supervisor training courses through UCCS, according to an agreement signed this week between the university and representatives of Colorado police and sheriff’s associations. On Tuesday, UCCS (More)

The Human Resources Office recently provided the names of more than 20 new faculty and staff members who joined the UCCS community in December and January. (More)

Linhart to rejoin Public Safety Steve Linhart, executive director of student support and judicial affairs, Office of the Dean of Students, will be reassigned to the Department of Public Safety effective Feb. 1. Jim Spice, (More)