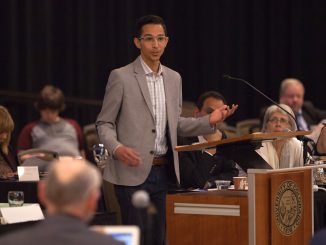 UCCS and CU leaders celebrated the 10-year anniversary of the Bachelor of Innovation program during the host campus report to the Board of Regents April 5 in Berger Hall. (More)