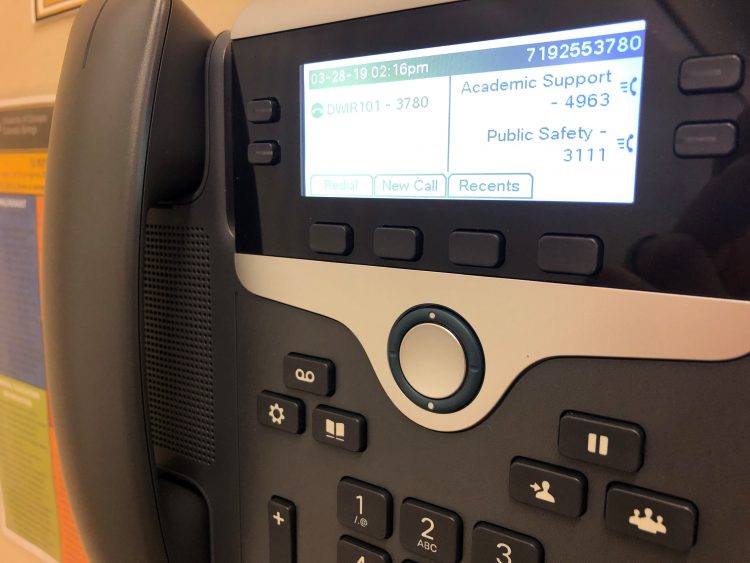 Faculty and students will see new phones with new features in 85 classrooms supported by the Office of Information Technology when classes resume after Spring Break.

The new phones will feature two speed dials to UCCS Police and Academic Support, will meet ADA standards and will use nearly 70 percent less power than the previous phones. The speed dial function will be a new feature in the phones, for quick access to those two areas without the need to remember or look up the number.

“We received a lot of feedback from campus users that requested to have the one-touch ability to call certain offices on campus,” said Sarah Mensch, unified communications manager. “Now, even if the user is a visitor or new to campus, they can reach police and academic support without memorizing the number.”