Friends, family and colleagues celebrated the work of Gayanne Scott, assistant vice chancellor, Finance and Human Resources, as she marked the end a 28-year career at UCCS.

Scott earned her bachelor’s degree from UCCS in 1987 and started as an accountant with the budget and planning office in 1989. She was a member of the team that brought together the accounting office, budget office and student financial services together as the UCCS Resource Management Division in 2005 to create efficiencies in operations. The human resources office joined the division in 2013.

Scott has led the UCCS blood drive as chair or co-chair in two separate occasions and donated nearly seven gallons of blood. Her efforts have led UCCS to be among the regional leaders in blood donations and recognition as the Best Performing Education Blood Drive Partner by Bonfils in 2013. 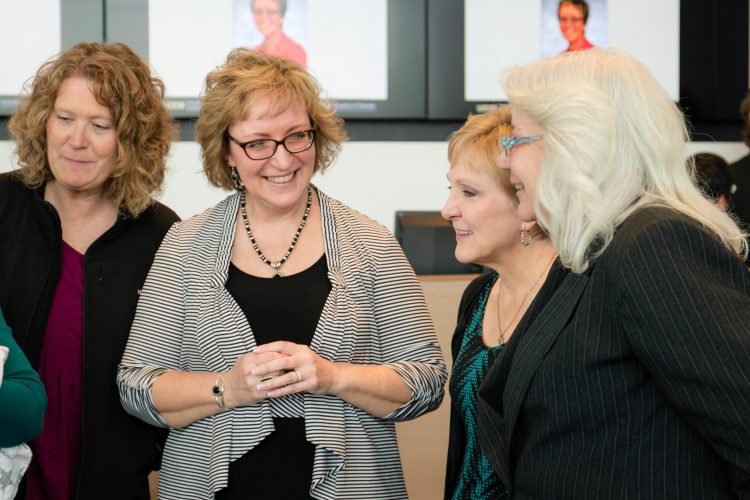