Explaining the costs of attending a University of Colorado campus is not easy.

But that’s exactly what Todd Saliman, vice president and chief financial officer, University of Colorado, did March 4 with a group of UCCS supporters that included a member of the CU Board of Regents, Chancellor Pam Shockley-Zalabak, alumni, faculty, staff and community supporters.

“It’s not the budget divided by the number of students,” Saliman said. “That’s an easy calculation but it doesn’t answer the question of why CU costs what it costs.” Why has the cost of educating students at CU grown over time?”

Critics often point to spending increases for educating students that slightly exceed inflation as the result of bloated faculty and staff ranks or exorbitant salaries. Both arguments failed under Saliman’s scrutiny of CU data from 2000 to 2014.

What were the take aways for CU’s CFO?

“These charts tell you something many of you already know,” Saliman said. “Staff to student and faculty to student ratios have stayed roughly the same over the past 15 years. And the ratio of staff at UCCS is about half that of others.”

So, if more employees making more money are not the cause of spending increases that exceed the rate of inflation, what is?

Saliman noted that as the State of Colordo reduced funding for education,  a discretionary budget item that lawmakers look at when balancing the budget, there’s an impact on tuition. His big take away from the analysis of CU costs is that more students are enrolled in more expensive programs such as those in science, technology, engineering and math. The cost of running such programs is higher than average and a leading reason for increased university spending.

“The good news is that students are listening,” Saliman said. “Students are responding to our state and nation’s call for more people in STEM careers. The bad news is that these programs are expensive.”

In response to a question, Chancellor Pam Shockley-Zalabak referred to the growth in UCCS enrollment as both wonderful and expensive.

“We are in challenging times but I believe it would be far worse if we were not growing as an institution,” Shockley-Zalabak said.

Saliman, Michele McKinney, associate vice president for external relations and advocacy, Office of the President, and Regent Sue Sharkey encouraged those in attendance to understand CU’s finances and to work to dispel myths.

“This is a complex topic but the problems will not end if we do not have a large body of people who understand and advocate on CU’s behalf,” McKinney said. “We have to come together to keep public higher education a priority in this state.” 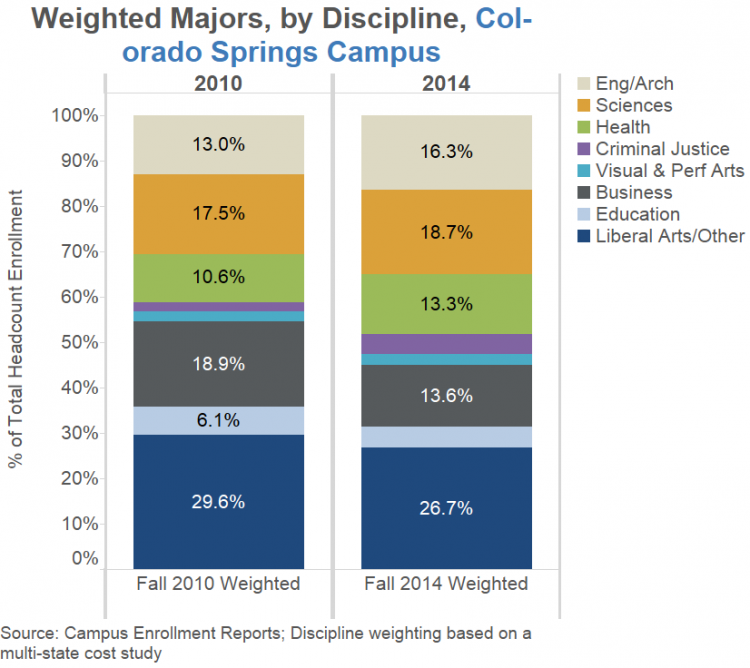 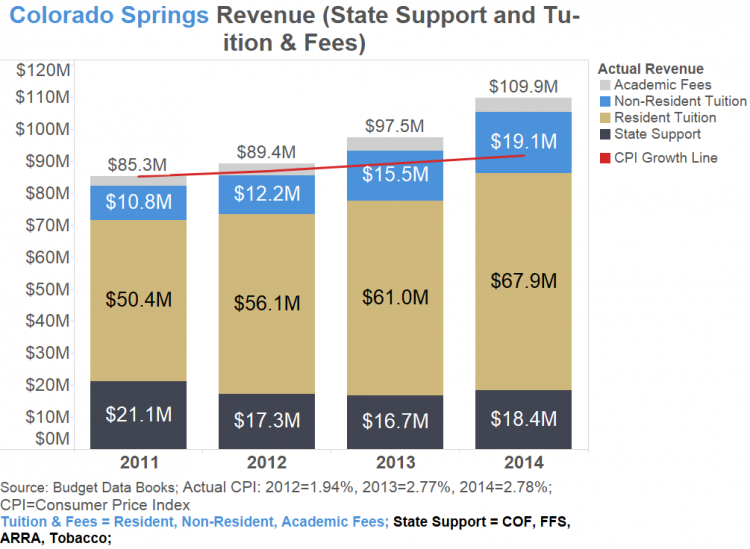