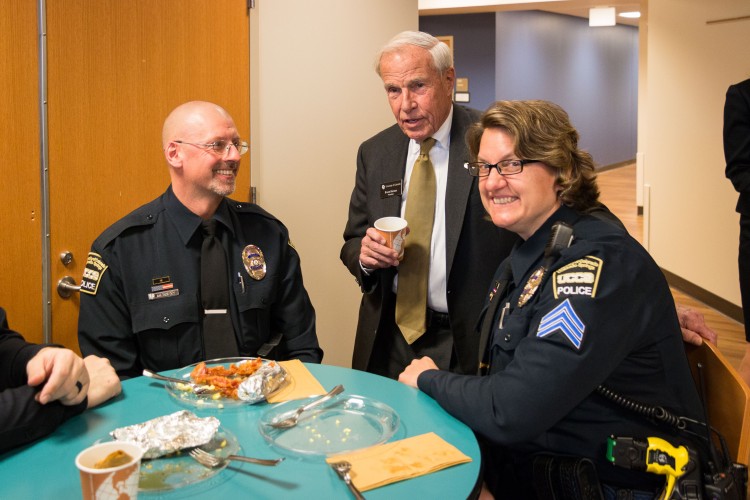 Members of the CU Board of Regents, CU President Bruce Benson and UCCS leaders honored civilian employees and sworn police officers of the Department of Public Safety during a Feb. 19 breakfast.

In formal remarks, President Bruce Benson and CU Regent Kyle Hybl thanked the department for its continued efforts and offered support following the loss of Officer Garrett Swasey who was killed in the line of duty Nov. 27.

“Thank you,” Benson said. “You are our heroes. Thank you for making sure the students who are entrusted to us by their families return home safely.”

Hybl thanked both civilian employees and uniform-wearing police officers for making a difference and noted that university police officers have the opportunity to change student behaviors through both encouragement and formal actions. 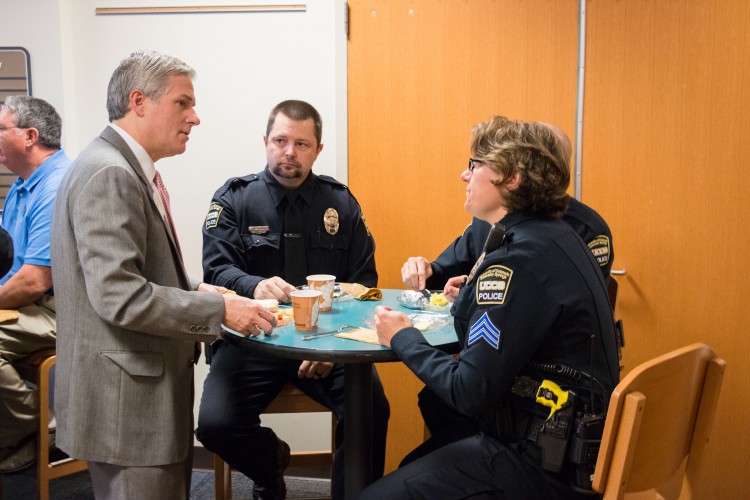 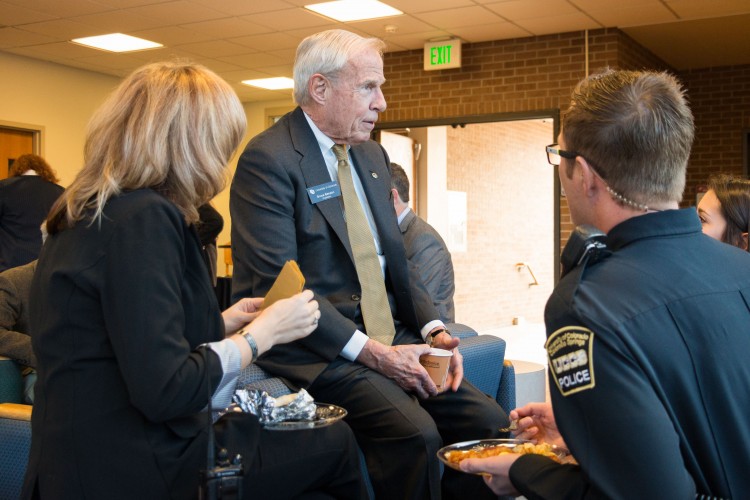 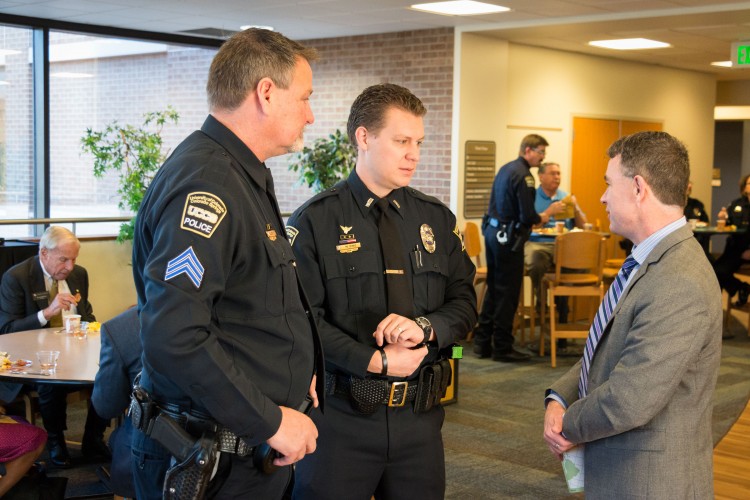 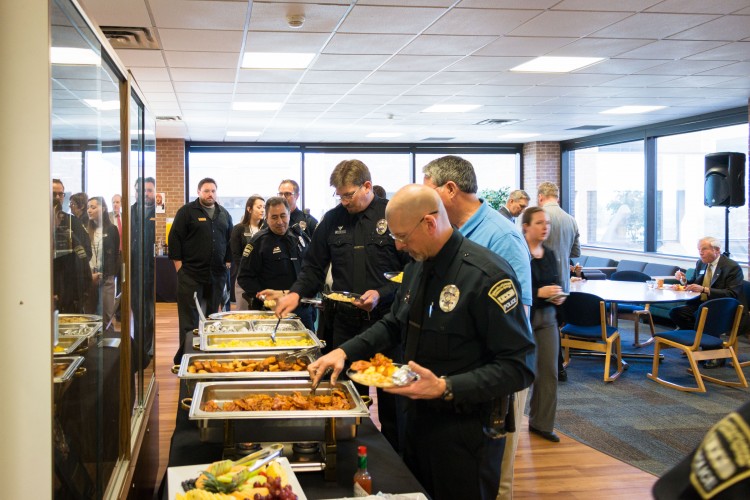